Tonale is an Alfa first 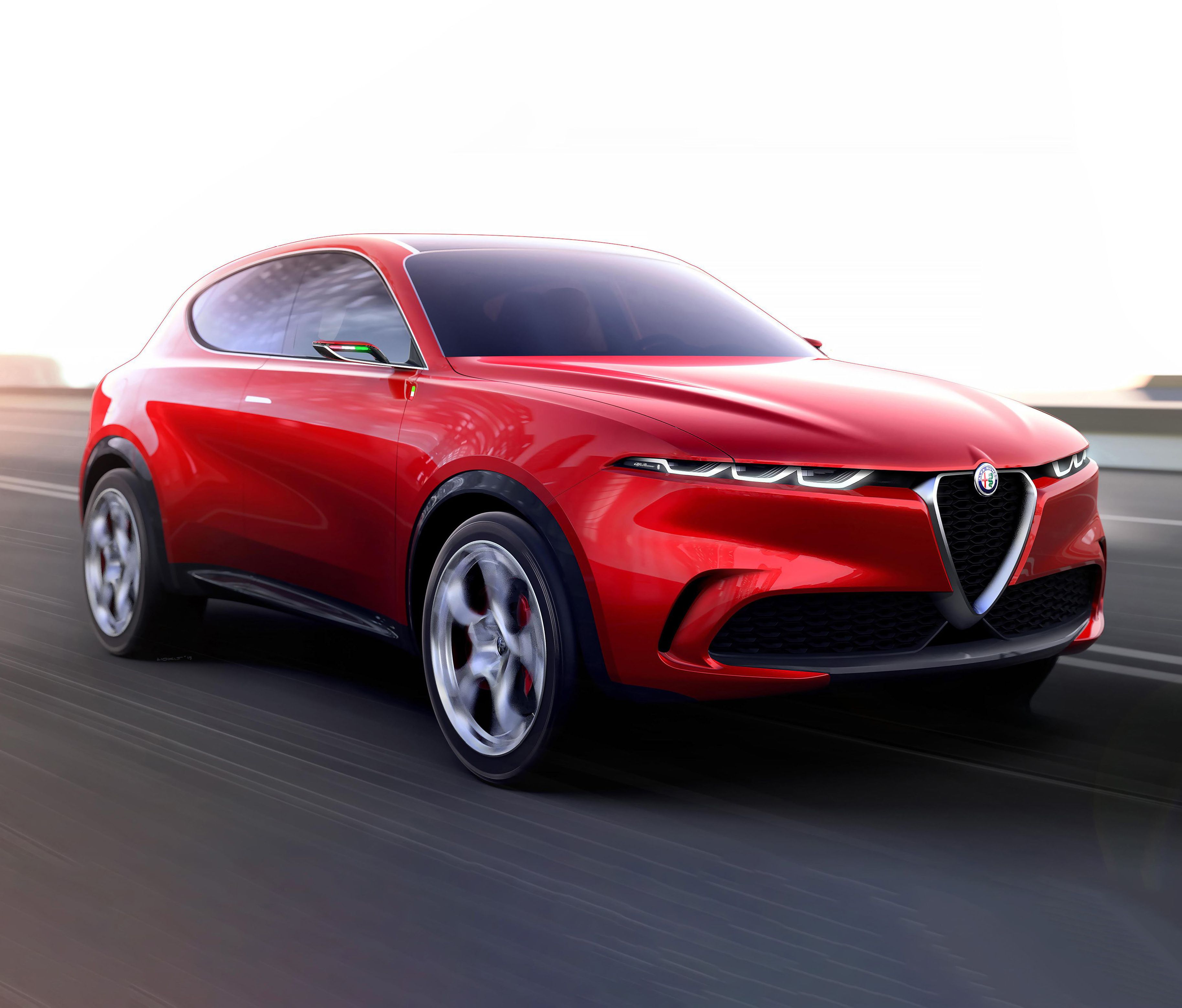 Tonale is an Alfa first

As with any concept, Alfa Romeo’s Tonale compact crossover has drawn a lot of attention this year.

Following its surprise appearance at March’s Geneva Motor Show, it had its UK premiere at the Goodwood Festival of Speed in July.

But, as Alfa Romeo’s first plug-in electric hybrid (PHEV), it marks a much bigger debut for the manufacturer.

The compact CUV (compact utility vehicle – Alfa Romeo’s preferred term for a small SUV) will sacrifice none of the distinctive Alfa design. It has already won a Car Design Award at the Turin Auto Show and the Auto Express Readers’ Choice Design Award, despite not being due to enter production until next year and reach UK customers in 2020/21.

Scott Krugger, head of design for Alfa Romeo, said: “The Tonale is an incredibly important car for Alfa Romeo as it marks the first plug-in hybrid in the range and it needed to be both functional and beautiful.”

Colleague Klaus Busse, head of FCA Design (EMEA) since 2015, said: “The weight on your shoulders here is huge.”

It is not Alfa’s first production SUV – that honour went to the larger Stelvio, which enjoyed an enthusiastic reception when it launched in 2016 – and the brand showcased its Kamal concept at Geneva as far back as 2003.

However, the Tonale is Alfa’s first electrified model, one of six lower-emission plug-in hybrids due by 2022.

Named after the Tonale Pass that links to the Stelvio Pass in the Alps, it will compete against compact crossovers such as the Range Rover Evoque, BMW X2 and Audi Q3.

Alfa is targeting 400,000 sales globally, more than double its current figure, so it clearly expects the Tonale and its hybrid siblings to make a large contribution.

That target may help to explain the speed of its introduction. Designers at Fiat’s Centro Stile design studio, based in a former Fiat engine foundry in Turin, only began work on the Tonale last December and continued right up to the early March Geneva deadline.

Krugger believes the tight schedule helped the process: “We couldn’t over-design and we had to prioritise elements. It was a very good process in that regard.”

That hasn’t stopped the designers adding some Alfa flair – on the concept version, the biscione (the snake in Alfa’s logo) on the hidden rear door handles glows red during charging, and the human figure normally in its mouth is replaced by a two-pronged plug graphic with a lightning flash.

Early discussions established that the Tonale should have its own, distinctive personality.

“We didn’t just want to copy the Stelvio in a smaller size,” said Busse. “The Stelvio was our entry into the SUV space, and it came after the Giulia saloon, so it had to feel familiar and use a design language we were familiar with. The Tonale was a time to progress.”

Krugger continued: “We asked ourselves what is an Alfa CUV in this space, what is the footprint, what are the dimensions? How extreme do we make the proportions? We decided it was paramount to make something believable, with appropriate dimensions for a very real-world segment – it needs to fit people, luggage and lifestyles.”

The production Tonale will most likely use a modified Jeep Renegade platform, which would suggest a turbo 1.3-litre four-cylinder powertrain to drive the front wheels, and an electric motor driving the rear. If that’s the case, expect an electric-only range of up to 31 miles, and fleet-friendly CO2 claims of less than 50g/km in a powerplant that is capable of delivering 250hp.

As well as the PHEV, expected to cost about £30,000, conventionally-powered Tonales are planned and Krugger said Alfa designs every car with a Quadrifoglio performance variant in mind, so that is also in the pipeline.

Inside the pre-production Tonale’s cabin, the dashboard architecture is similar, a hybrid of Giulia and Stelvio, with a ‘binocular’ instrument binnacle, jet-engine air vents and the thin three-spoke steering wheel with integrated starter button and scimitar-like gear shift paddles.

There are some beautiful materials: the brushed spokes of the steering wheel are milled from solid aluminium, and when you open the door you glimpse the structure of the air vent, like shrouds for jet engines, also in aluminium.

But echoing the hi-tech nature of the hybrid powerplant being showcased, the traditionally rich Alfa craftsmanship is melded seamlessly with a 12.3-inch screen for the instrument cluster and a 10.25-inch touchscreen for the infotainment system. All the graphics were developed in-house at Centro Stile.

“We’re not creating distraction, not too many buttons, it’s just the information you need,” explained Busse.

That simplicity extends to the powertrain controls – there is no Alfa gear lever, just the DNA drive-mode selector, its acronym evolved to fit a new electrified brief: ‘Dual power’, using maximum power from both internal combustion and electric motors; ‘Natural’, a balance between performance and efficiency; and ‘advance E’ for full electric mode.

“Electrification will not be a gimmick, it’s something we harness,” said Krugger. “It’s about how it makes the vehicle better, bringing more performance.” 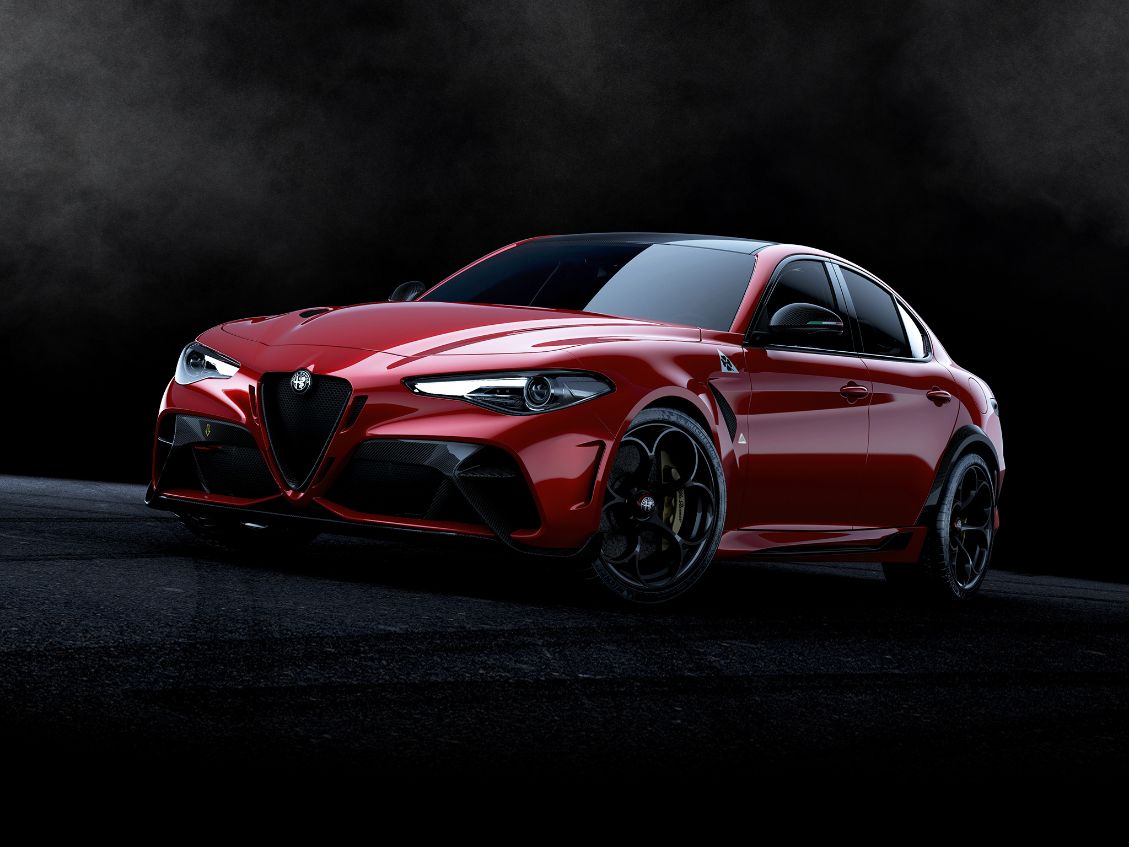